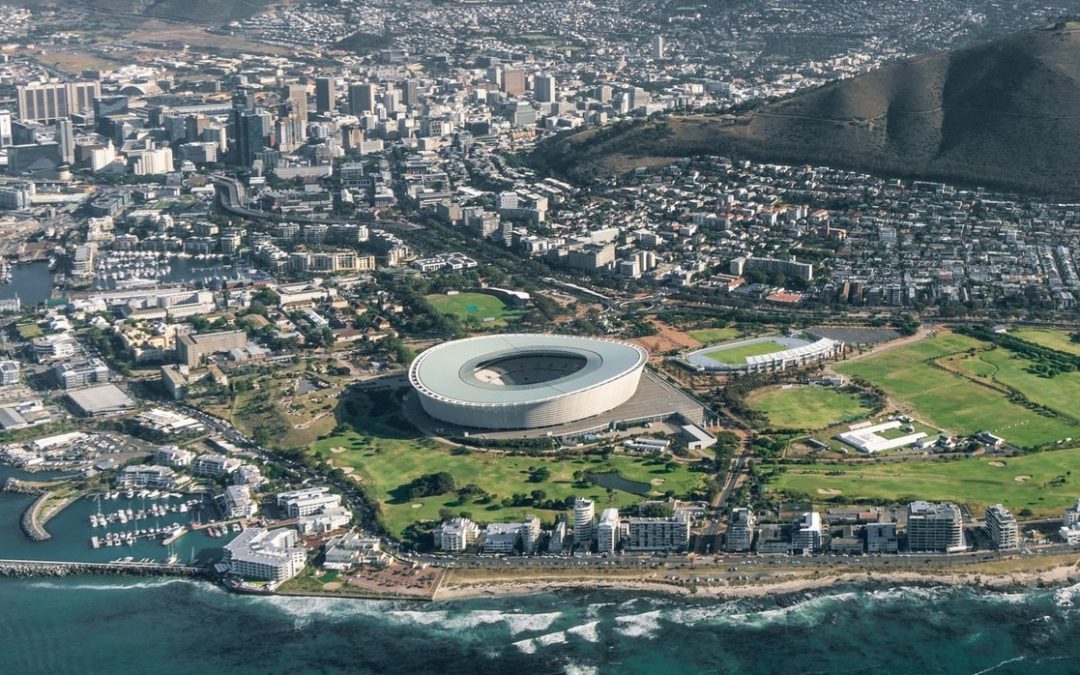 Those with an eye on international matters, particularly those in Africa, will be interested to see the long-running arbitration at the Cape Town City Stadium has reached a settlement. Damian James Delay and Quantum Experts were engaged to help understanding and aid parties in reaching a resolution. Their role was to quantify the damages incurred due to a non-competitive bid. This was a result of the tendering contractor’s price fixing and their allocation of stadia.

The dispute focused on damages due to Cape Town City. This follows the Competition Tribunal’s findings of price fixing during the tender stages of bids for World Cup Stadia.

Bids were submitted in 2006 across several stadia. In this issue, it was the Cape Town City Stadium. A host stadium for one of the football World Cup semi-finals in 2010 was the focus of a damages claim.

In the settlement agreement article published by News 24, the Contractors clarify that settlement does not construe acceptance of a non-competitive bid or the damages. The payment of ZAR 141,000,000.00 is wholly without prejudice.

The purpose of the settlement is quite probably to end a period of uncertainty and costs in the arbitration. The process had already run for a lengthy period in 2021. Further sittings were scheduled for 2022.

Notwithstanding the above, the issue of quantification of damages was considered in detail by Damian James and Christiaan Bredenkamp over four years. The damages were quantified by replicating the processes that a tendering contractor would undertake in a competitive bid situation.

Damian and Christiaan were challenged to take themselves back to 2005/2006. They then provided a bid ‘at that time’ that reflected the market price.

The team researched and considered stadia around the world. The research benefitted from Damian’s stadia experience in the UK. Damian engaged in conversations with colleagues in the USA. From this, he produced position statements of his findings in narratives to the City’s attorneys, Adams and Adams.

It was necessary to consider the levels of head office costs and profit that could be recovered. This included a detailed assessment of the numerous market operators at that time.

The analysis allowed an understanding of the levels of recovery in the immediate period before bid submission and for a consideration of future proofing this in the years ahead of completion of the stadium.

Analysis of measured rates was necessary for the Cape Town project. This was undertaken in several formats including first principles, historic rate analysis, de-escalation of current rates. Also by reference to benchmark analysis provided by Turner & Townsend.

The need to future proof these rates was not necessary as agreement to escalate rates was concluded in the contract.

The thorny issue of preliminary costs presented a number of challenges. It was only by understanding the method statement and planned delivery of the stadium that pricing of the preliminaries could take place. This was further complicated by a need to understand what rates to use. This required research into plant rates on a historic basis. It also required analysis of staff rates by reference to research provided by several professional bodies in South Africa.

A difficult aspect of the recreation of the tender bid centred on the quirkiness and uniqueness of the JBCC Contract. In particular, when pricing for the additions to named subcontractor works.

The named subcontract provision is designed to ensure that the Employer retains risk in specification and scope. The addition of a percentage for profit and attendance by the Contractor, ensures that the Contractor is suitably recompensed.

In considering the submissions of the tendered sums, it was apparent that a different approach had been taken (whether this was part of the price fixing or not will never be known). As a result, the tenders added head office overhead, profit, risk and attendance to the named subcontract sums in the tender documents.

The excess created by this method was unreasonably large. This formed a main part of the focus in damage quantification. An examination of publicly held tenders and available contract documents suggested that the addition ought to be limited to profit and attendance and not as the tenderers sought to recover.

The quantification and input of the experts undoubtedly aided the process of settlement. It has allowed the parties to determine the monetary risks of proceeding to arbitration.

The matter could have provided a great deal of insight into the quantification of damages in South Africa. The parties had agreed that any award would be made public. Unfortunately the case law and legal precedent that South Africa does not produce from its abundance of construction disputes will not benefit from this settlement.

Fortunately for all parties, the settlement allows them all to move forward in their commercial operations without further impunity or the cost of arbitration.

Lessons for Other Stadia?

The four-yearly cycle of World Cup football sees new countries (currently Qatar) becoming hosts on a regular basis.  The consequent drive and demand for stadia in a short period of time is a precarious area for Contractors to tread.  They must balance competitive bids with the temptation to protect themselves from risk by price fixing agreements.

The apportionment of risk in construction is not a new concept. Allocation of risk to a contractor is a fundamental aim of an Employer in contract agreement. The most appropriate allocation is normally that risk is addressed by the person who is best placed to deal with it.

Finally, congratulations to all involved in this matter, including WBHO, Steffanutti Stocks and Aveng for their strenuous efforts in reaching settlement.